Massive leaps in artificial intelligence (AI) technology are transforming how we interact with the world around us in more ways than we can count. From business to transportation to finance, even gaming, AI — and its related subfield, machine learning — is hard at work at understanding and solving some of the world’s most complex problems.

In fact, it may very well be AI that finally cracks one of the largest and most complicated data systems of all — the human body.

Machine learning and AI are turning out to be incredibly powerful tools in the healthcare industry. Between hardware advancements and engineering innovations, we can now process huge amounts of data rapidly and accurately, and then build systems that can learn from that data to make new predictions. Entire worlds of possibility have been opened, especially in the areas of diagnosing diseases and recommending treatment plans.

The use of AI in medicine has been steadily skyrocketing in the years since the FDA approved the first machine learning application for use in a clinical setting in 2017. In addition to world-class research at universities, a growing collection of promising tech startups are proposing novel approaches to one of our most pernicious and widespread medical challenges — cancer. Billions of dollars from forward-thinking investors are pouring in to find out if AI can help humanity kick cancer to the curb, once and for all.

The field is still very new, but it’s thrilling to see what’s already been accomplished and to envision some of the huge advancements that are likely not that far away. Here are a few of the key trends to watch, below.

One of the key areas where AI and machine learning are already making massive improvements is in diagnosing cancer.

In 2018, more than 17 million cancer cases were diagnosed worldwide, according to Cancer Research UK. And due to population growth, increased lifespans, technology improvements and other factors, there could be as many as 27 million new cancer cases diagnosed each year by 2040.

Accurate diagnoses — and especially diagnoses reached as early as possible—are critical to saving lives. The earlier a cancer is detected, the easier it can be treated. However, there are many different types of cancer that all behave differently, and the earliest  signs can be incredibly difficult if not impossible to spot with human eyes alone, no matter how expertly trained.

Here’s where AI comes in and is making tremendous progress. For one example, researchers at MIT have developed advanced algorithms that can more accurately predict whether a patient is likely to develop breast cancer over the next 5 years. They did this by teaching neural networks to “see” and analyze thousands of mammogram images.

In another project, Google and medical researchers are developing a deep learning system to screen for lung cancer that has already achieved impressive results by analyzing CT scans. They reported in May that the system was 94 percent accurate when tested on cases with known diagnoses. When compared with six top-notch radiologists, the AI model was even more effective than the doctors at detecting cancer in cases where no prior CT scan was available, outperforming them by as much as 11 percent.

Several promising startups are tackling cancer diagnosis with AI as well, such as Freenome, which recently made headlines for raising $150 million in new funding to detect colorectal cancer via blood tests, using machine learning and genomics.  There’s also Grail, Thrive Earlier Detection, AI Medical Service and others, all devoted to diagnosing various types of cancer earlier to improve survival rates.

There are still a lot of hurdles to cross until we will be regularly using machine learning, generative adversarial networks and other AI tools to diagnose cancer, such as the computational resources needed to analyze high-resolution images, and the massive privacy issues involved with dealing with large datasets of personal health information.  There’s also the risk of errors, which means that using a combination of AI techniques and human analysis will still likely be the go-to for a while now.

But considering how far we’ve already come, even just 5 years from now, our cancer diagnosis capabilities are going to be much, much more advanced. The number of lives that could be saved is mind-blowing.

Diagnosing cancer more effectively is only part of the story, however. One of the biggest challenges in the fight against cancer comes next: determining how to treat it.

Creating treatment plans for cancer is a complex, time-consuming process. Oncologists treating patients need to factor in the type and stage of the cancer, as well as the individual characteristics of the tumor. Then there’s the patient’s health record in general to consider, as well as both the side effects of the treatment and its likelihood for success in curing or controlling the cancer.

In other words, a lot of data points are at play in determining the best treatment. Here’s where AI and machine learning can come in, with the ability to process, detect patterns and learn from huge datasets. We’re already seeing a lot of research along these lines that have the potential to make a real difference for cancer patients.

For one thing, the drugs that kill cancer are incredibly toxic on the human body. At MIT, researchers are using AI to predict the minimum amount of doses needed to shrink certain types of brain tumors. By analyzing large swaths of patient data, the algorithm has effectively reduced treatments by as much as ½ to ¼ of prior dosing levels. This can greatly reduce the burden of side effects on patients who suffer from this debilitating disease.

A similar effort has been underway at the Cleveland Clinic, where machine learning, artificial neural networks and one of the largest datasets on lung cancer patients receiving chemotherapy have been combined to develop tailored, customized radiation treatment plans based on an individual patient’s medical record and the characteristics of their cancer. Their strategy could reduce radiation treatment failures to less than 5 percent.

As with AI in general, using this technology to design treatment programs still has a long way to go. It is not without controversy, either. Last year, IBM’s Jeopardy-champion AI, Watson, made the news for recommending unsafe treatment regimens for cancer patients. A series of disappointing results from IBM’s AI oncology efforts overall has highlighted the complex and very real challenges associated with AI and healthcare in general.

When it comes to developing treatment plans, AI is not yet intended to be a replacement for experienced medical professionals. However, it can provide valuable insights that can guide treatment decisions that can greatly reduce side effects and transform patients’ lives.

Looking further ahead on the horizon, there’s a third trend related to AI and cancer that goes beyond diagnosing and applying existing treatments more effectively. The cutting edge of AI cancer research lies in finding entirely new ways to treat and ultimately eradicate cancer — once and for all.

A huge area of exploration involves partnering AI and/or machine learning with gene editing, aka CRISPR.  Genetic engineering through CRISPR could very well revolutionize how we prevent and treat diseases, including cancer. For example, CRISPR could help repair genetic defects or even deploy genetically modified human cells to treat diseases. Such efforts are already underway across the globe. In April of this year, the first U.S. cancer patients were treated with CRISPR.

We’re already seeing researchers and startups harnessing the power of machine learning to unlock gene-therapy treatment possibilities. For example, ArsenalBio is a precision immunotherapy company that aims to “hack” the T-cell to attack several cancers more effectively. They’ve raised millions in funding to apply machine learning to the discovery of powerful cancer-fighting gene pathways, with the goal of using CRISPR to create T-cells that are better at destroying solid tumors.

The hope is that AI could make gene editing much more accurate. When applied effectively, machine learning algorithms could be applied to better predict the repairs needed to DNA as well as their outcomes. In other words, AI and machine learning can make gene editing both safer and more effective. This could have a massive impact on improving any cancer treatments developed (not to mention many other diseases that benefit from this technology as well).

Ultimately, freeing humanity from cancer completely may still be just a dream. But thanks to the brilliant and innovative advances that AI has enabled, the dream is becoming that much more real. Given how fast technology is evolving, we may find that our dreams for the future of humanity are much, much closer than we think.

Can Genium help connect you with AI, machine learning or computer vision expertise?

At Genium, we’ve made it our mission to find and recruit the world’s best engineers in the most cutting-edge areas of tech out there, including machine learning, computer vision, AI and more. We are building a community of highly skilled engineers that care about solving the most difficult challenges in the world, such as getting closer to find a solution to get rid of Cancer. In particular, we’re leading the way in connecting global companies with one of the most powerful talent pools in the world through our Buenos Aires, Argentina office. Contact us today to learn more on how we can help you build a top-quality team and innovate at the speed of light. 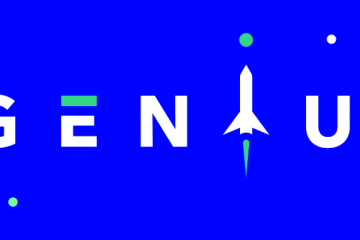 We all know that 2020 has been a challenging year for our world.  But as we enter the holiday season and the new year, the first COVID-19 vaccines are beginning to roll out. Thanks to Read more… 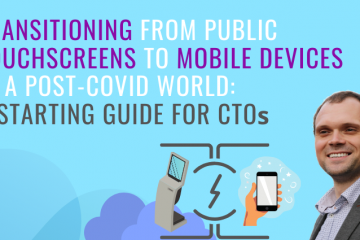 Transitioning From Public Touchscreens to Mobile Devices in a Post-COVID World: A Starting Guide for CTOs 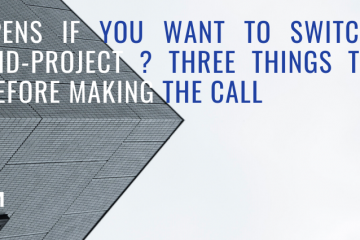 What Happens If You Want to Switch Vendors Mid-Project? Three Things to Consider Before Making the Call

It’s time to face the facts: things with your project just aren’t going well. You brought on a vendor to help with software development or another business-critical IT task. You had a lot of optimism Read more…